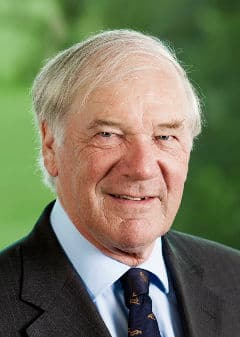 With a wealth of business experience and strong networks, Mr Fletcher was appointed to assist BCNZ in growing the charity, including offering guidance to establish a board.

The Fletcher family had a recent experience with cancer where they were impressed by the high standard of support they received. As a result of the positive experience, but knowing the lack of awareness bowel cancer has in this country, Mr Fletcher wanted to give something back to the New Zealand cancer community, signing up as patron for BCNZ.

Mr Fletcher remains active in business here and across the Tasman as non-executive director of ASX listed IAG (and chair of its New Zealand subsidiary), NZX listed Vector Limited and Rubicon Limited. He is trustee of The Dilworth Trust, Chelsea Park Trust, The New Zealand Portrait Gallery and The University of Auckland Foundation, and is a member of the Trilateral Commission.

As an active patron Mr Fletcher will also help to raise awareness of bowel cancer and the charity, including representing BCNZ at various official events.