Home > About Us > Ambassadors > Evelyn Moller 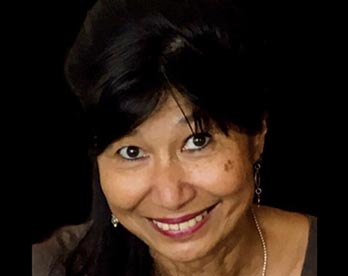 Evie was 53 when she was diagnosed with bowel cancer. With symptoms including bleeding, irregular bowel movements and abdominal cramps, she finally went to her GP, who sent her straight to a specialist. He operated that day – Evie’s colon was 99% blocked and could potentially have ruptured.

At the same time, she learned that her bowel cancer had metastasized to her liver and lung, meaning she had to go straight into chemotherapy. “Not everyone has a smooth journey with cancer, but I’m one of the lucky ones. I’ve had the most amazing medical team – my oncologist is a godsend.”

Evie has come onboard as an ambassador for BCNZ as she feels passionate about raising awareness of bowel cancer. “There’s a phrase that ‘people are dying from embarrassment’, but it’s not necessary. It’s really important, if you think you have symptoms, to reach out to others and not suffer in silence.”

“Bowel cancer can happen to anyone – it doesn’t discriminate. If it’s in your family, it’s imperative to go for early detection. It’s just a no-brainer.”