Home > About Us > Ambassadors > Gayelene Woodcock 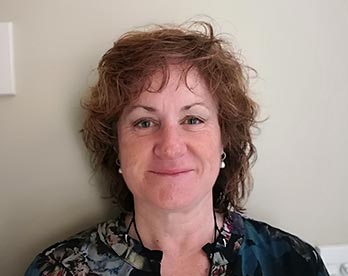 Gayelene’s husband, Chris, discovered he had bowel cancer at just 51 years old. By the time it was diagnosed, it had already advanced to Stage 4. “Chris put his symptoms down to other things – he was busy at at work, so had lost a little bit of weight,” says Gayelene. “He had also passed blood, but as that was previously diagnosed as piles, he didn’t follow up. We now know they were symptoms of bowel cancer.”

Gayelene believes that if the National Bowel Screening Programme had been running from age 50, it may have detected his cancer up to 18 months earlier. “This could have made the difference between Chris having a fighting chance at stage 3, rather than the terminal stage 4 diagnosis he was given.”

Sadly, Chris passed away last December aged 55, after a very long battle right until the end. Says Gayelene, “One of Chris’s ways of balancing what was happening to him was by being effective in raising awareness, so I’d like to continue this in my ambassador role with Bowel Cancer New Zealand.”