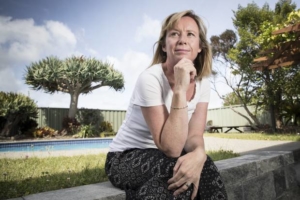 Sheree Insley was diagnosed with Bowel Cancer just before Christmas of 2016, but it wasn’t until after Sheree had surgery last year that doctors discovered her stage three tumour had loss of protein, a sign of Lynch Syndrome.

It then took a further 6 months after tests in Melbourne to confirm that Sheree has Lynch Syndrome.

The 40-year-old also hoped to raise awareness about the syndrome, which affects between three and five per cent of Kiwis, some of whom don’t know they’re carriers and has set up a Everyday Hero page http://bit.ly/2Eoal1t to help create awareness and support for others in New Zealand also diagnosed with Lynch Syndrome.