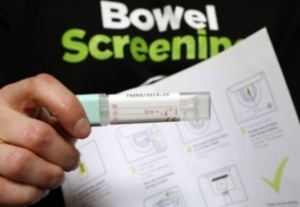 Bowel Cancer NZ spokesperson Mary Bradley says, “The pilot programme began in 2012 in Waitemata and proved itself within two years. It is clear it is taking too long as only half the DHB’s have the programme at the end of 2019 and hundreds of thousands of New Zealanders continue to miss out.

“It is encouraging that bowel cancer has been detected in 420 people since the launch in 2017, but heart breaking too, as we know this is only the tip of the iceberg. For many of these people this diagnosis will lead to more timely treatment and better outcomes. More people’s lives could be saved if screening was already nationwide, this is life or death, we need screening nationwide now.”

Concerns have been raised by Bowel Cancer NZ since their Call to Action plan in 2010, over whether the workforce was adequately resourced to cope with the increased demand a nationwide bowel cancer screening programme would bring.

Bradley says, “The Ministry of Health has dropped the ball on workforce planning for bowel screening even after repeated warnings from our charity. If they had started in 2010 we would not be facing at least another two years before the rest of the country gets bowel screening.

“We are still waiting to see a workforce capacity plan from the Ministry of Health which we assumed had been completed years ago. To our shock, it emerged in the bowel screening review last year that one hadn’t been done.”

Early detection is critical in saving lives to bowel cancer. It is clear more investment needs to be put into the screening programme to ensure it is rolled out as quickly as possible across the country and to bring the age down to 50 years old. It is also vital that bowel screening be available for Māori aged 50 and over now. Māori are directly disadvantaged by screening starting at age 60 as a greater proportion are affected at a younger age.

Bowel Cancer NZ executive member Professor Sarah Derrett based at the University of Otago’s Department of Preventive and Social Medicine says, “Bowel Cancer NZ is passionate about bowel cancer screening because we know it saves lives – and the evidence of lives being saved for half of the country can be seen now.

“We want an end to the postcode lottery that currently exists around bowel screening and for all New Zealanders to have access. Therefore it is imperative that the workforce capacity issue is addressed urgently, and that Māori enter the screening programme at age 50 from now on to address unfairness in the system.”