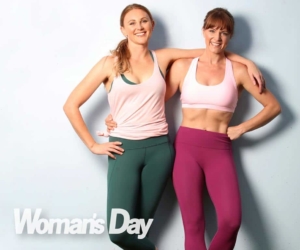 Two Kiwi celebs have taken on the challenge of the 2018 Saint Clair Vineyard Half Marathon in a battle against the disease that claims more than 1200 lives in New Zealand each year.

Former Shortland Street star Amelia Reid-Meredith,left, known for her role as Bella Durville, and good friend and co-star Ria Vandervis, right, who plays Harper Whitley will join us at the race, raising both funds and awareness for Bowel Cancer New Zealand with their participation.