My story: I was 39, fit, healthy and bullet- proof. And then I was diagnosed with bowel cancer. Because of my health insurance, things moved quickly for me – my surgeon told me that another six months would have made all the difference for my prognosis.

I’m incredibly grateful to my GP for referring me through so quickly. 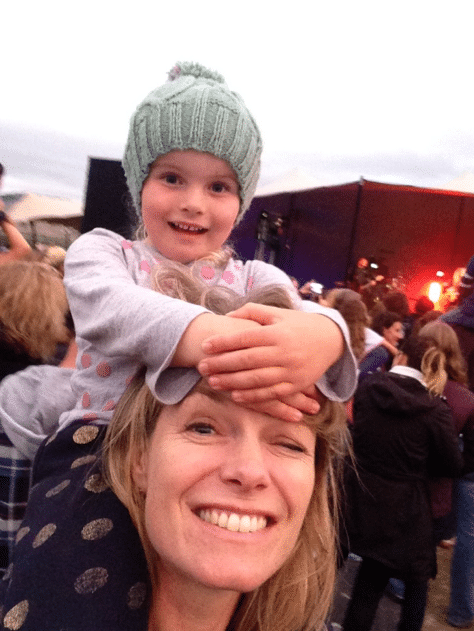 Bowel cancer? Not me, surely

Life was trucking along beautifully in August 2015. I’d established my own business, our children were moving out of the challenging infant stage, and we were taking a break in Wanaka, heliskiing to celebrate my husband’s 40th birthday.

I was 39, fit, healthy and bullet-proof.

Then I opened the local paper, and browsed a story about a Wellington woman’s diagnosis with bowel cancer. It talked about the symptoms often being mild or invisible, and including blood in the stool. That’s something I had – not for long, just a couple of weeks, and it was infrequent. Beetroot for dinner, I thought.

I’m a “she’ll be right” kind of person – but this story somehow spurred me to make an appointment with my GP. And – here’s where I got lucky – she didn’t find anything on examination but still referred me straight away for a colonoscopy. From what I hear, this doesn’t always happen, so I’m just so fortunate she was on the ball.

In hindsight I probably would have kept putting off going to the doctor because I was grossed out about having to have an examination, which in hindsight just seems so misguided but I guess a lot of people feel like that.

I only had to wait 10 days for the colonoscopy. I was pretty nervous about the whole thing but very matter of fact as well. Surely it was just the beetroot.

When I went into the room, it was all a bit overwhelming. Clothes off. Big machinery and screens looming above the bed. The specialist asked if there was any family history of bowel cancer. It was the first time the words had been said aloud and I burst into tears. I found it hard to calm down during the procedure and silently sobbed through it, mostly out of fear I think. I had a feeling something was wrong by their manner and the time the procedure took.

The sedation kept me pretty drowsy in recovery for a while, I remember being wrapped in lovely warm soft blankets and just pulling them up around my face and wanting to stay there. They called my husband.

The doctor said he’d removed some pre-cancerous polyps, and that he was pretty certain the blood was caused by a tumour on the bowel wall. Cancer. I’d thought it and worried about it in the time leading up to the colonoscopy but these sorts of things happen to other people. I was shocked.

The next few days were awful, knowing it was cancer but not what stage, how progressed it was, what the prognosis would be.

I remember the appointment clearly, especially the feeling of immense relief discovering it was stage three and treatable. I felt like it was Christmas and I’d won the lottery all chucked in together. It felt so odd to be jubilant about my ‘stage three cancer’ but I wasn’t going to die and the doctor was adamant about the prognosis being excellent. I felt proud of myself for doing something about it quickly, and incredibly grateful and thankful.

We went home and started ringing people. “Hi, how are you? I have cancer. Yep. Really. Bowel cancer.” It’s not a phone call you expect to make and there’s not a great deal to say.

From then, it was a whirlwind. Having private insurance meant I could have the surgery in five days time. A major operation. 70% of my bowel removed. Fortunately, no colostomy bag, although I’d come to terms with that if it meant being alive for my kids. Six months of intense chemotherapy. And I’ve bounced out the other side. Less than a year on, I was running again, working again, and most importantly, I’m here.

The scariest sentence I’ve ever heard? “This was an aggressive tumour. Six more months would have been a very different story”.

Bowel cancer doesn’t have to be a death sentence. It doesn’t just happen to men, or to people over 50. It’s real, and it’s killing more people in New Zealand than any other cancer. For the cost of a check up, and a little modesty, see your doctor. You’re worth it.

Chelsea is an Ambassador for Bowel Cancer New Zealand, sharing her story and raising awareness in the Christchurch region.