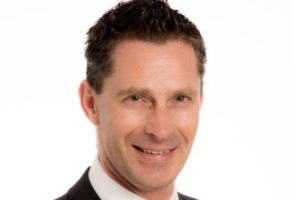 Dr Alasdair Patrick is a New Zealand-trained Gastroenterologist who consults both at Auckland’s Middlemore Hospital and in private practice in Remuera. Dr Patrick was the previous Head of the Gastroenterology Programme at Middlemore and was also Clinical Director of the bowel screening programme in South Auckland.

He says the results since they started the screening programme in South Auckland are nothing short of dramatic. “Since the programme began in 2018, we’ve found well over 100 cases of bowel cancer. What’s more, we’re finding these cancers at an early stage, which will save lives, as early stage bowel cancer is more treatable – and beatable.”

Like many other gastroenterologists, Alasdair is very concerned that the criteria for public screening in New Zealand is too narrow. “International experts recommend screening every year from age 45. In New Zealand, the pilot programme initially started at 50 years, which was a better age”, he explains. “When it was rolled out nationally, it was restricted to 60-74 years because 80% of cancers were picked up in this group. But the 50-60 year old group (and younger), matters just as much: potentially this means that 20% of bowel cancer may not be picked up.”

With over 3,000 Kiwis diagnosed with bowel cancer annually, that equates to around 600 cases of bowel cancer that could remain undetected in its early stages, every year. “I see so many patients with later stage cancer every year – it’s just not being picked up,” says Alasdair. “The sad part is that it’s totally preventable. If you get a polyp or an early stage cancer taken out, it’s easy to treat. Which means less need for chemo and other treatments, and quite simply, fewer people will die.”

Alasdair has also played an instrumental role in setting up in bowelscreening.co.nz, a website funded by a group of gastroenterologists, which provides screening for people who fall outside of the public criteria. Kiwis take a simple questionnaire to see if they’re eligible, then are sent a screening test. The results are checked by a gastroenterologist who will recommend further testing such as a colonoscopy if needed.

Dr Patrick has joined Bowel Cancer NZ in an advisory role. “Bowel Cancer NZ is doing a fantastic job raising awareness, education and funds, and supporting patients. Raising awareness is key, especially in South Auckland where I work, as Pacific and Maori patients are high risk and tend to present late with symptoms. We’re all working to make sure that bowel cancer is something Kiwis can talk about and to reduce the embarrassment factor – starting with a fairly simple test to ensure it gets picked up and treated earlier.”

More funding would definitely make a difference, he stresses. “New Zealand’s statistics are pretty grim. We have one of the highest incidences of bowel cancer in the world. We need more screening, more colonoscopies, more community resources and better treatments. And above all, wider criteria for testing so that fewer New Zealanders fall through the cracks.”

“Last Friday alone in my private clinic, we diagnosed four people with bowel cancer – at ages 37, 39, 43 and 74. Three of those people wouldn’t meet the current criteria for screening. This needs to change.”

Alasdair says that Covid-19 will have an impact on bowel cancer in New Zealand. “Across the board, cancer diagnoses are down by 47% and colonoscopies are down by 20%. Those people are still out there – and they still have bowel cancer – they just haven’t been diagnosed yet as the screening programme stopped during Level 4.”

He advises that anyone with potential symptoms of bowel cancer gets them checked straight away. “Now’s the time to get checked, and to be aware of symptoms such as bleeding, abdominal pain, tiredness, weight loss, or a change of bowel habits. Lockdown was the right thing to do, but the impact will be felt for a while.”