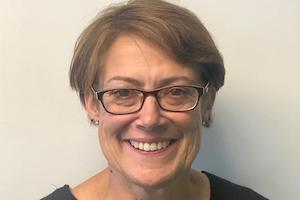 Dr Sue Crengle is an Invercargill GP and an Associate Professor (Hauora Māori) at Otago Medical School’s Department of Preventive and Social Medicine.

She specialises in general practice and public health medicine and has been working as a researcher for over 25 years. Much of her work involves identifying where and how inequities in our health occur, and in testing ways to eliminate these inequities.

Dr Crengle strongly feels that bowel cancer is one of these inequities. “Bowel cancer is increasingly becoming an important issue for everyone in New Zealand. In the past, it’s been less of an issue for Māori, but now that’s changing.”

Sue points out that approximately 22% of Māori are diagnosed with bowel cancer before the age of 60 (compared with around 11% of non-Maori), yet the national screening programme doesn’t begin until 60 years (up until 74 years). “If we were to screen and diagnose Maori from 50 years of age, it would certainly make a difference. I’m really keen to see the screening programme provided more fairly – currently, there isn’t an equitable delivery of the programme.”

By serving as an advisor to Bowel Cancer NZ, Sue hopes to contribute a GP’s point of view and expertise. “My goal is to see equitable opportunities for everyone to benefit from the screening programme. I aim to provide more of a voice for Maori in particular, as well as about bowel cancer in general and how our health system is responding.”

Sue believes the national screening programme needs to continue rolling out across New Zealand, and fast. “Screening is one of the best ways to reduce bowel cancer in our community: firstly to have polyps removed before they can become bowel cancer, and secondly, to have any cancer identified early. But, like other cancer services, screening stopped during lockdown. Catching up with testing is really important – there’s a huge backlog, not only of people who haven’t received tests, but also those who tested positive and need further investigation.”

When asked what advice she has for patients, she says, “If you’re sent a screening test, do it. And if you notice any changes in how your bowels work, any bleeding, stomach pains or other symptoms, then get them investigated early. Often it’s not bowel cancer, which is good to know, but if it is, then the sooner we can find that out, the better the outcome.

“Most of all, if you’re concerned about your doctor’s diagnosis, keep going back or get a second opinion until you get an answer.”