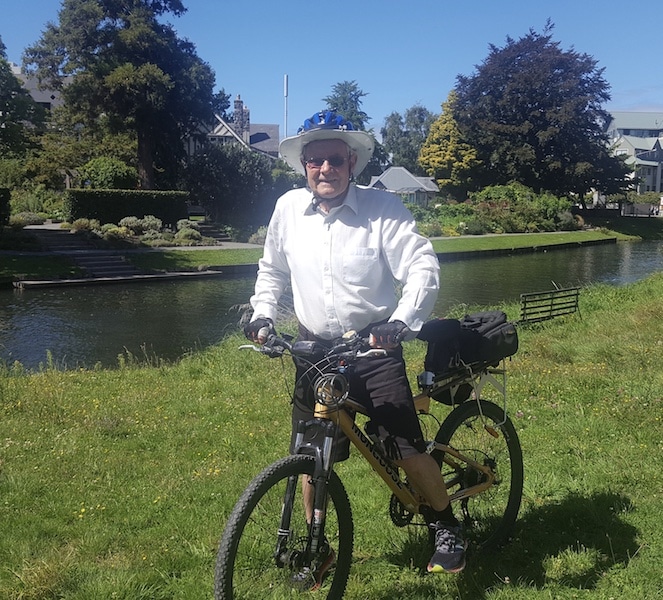 N.Z’ers are dying of embarrassment and dying of appalling political neglect.

When I say “dying of embarrassment” I’m talking about people’s reluctance, particularly men, to present their tail ends to their doctor GPs, ignoring tell-tale signs of trouble until they become really pressing.

When I say “dying of appalling political neglect”, I’m talking about the Government Health service’s snail pace response to what is a national calamity. A screening programme is being rolled out over 4 years, and in the meantime hundreds if not thousands more lives will be lost.

Every year in New Zealand, 3000 cases of bowel cancer are diagnosed, most in their 50’s and 60’s and every year 1200 people lose their lives. Bowel cancer deaths are greater than breast and prostate cancer deaths combined, and yet we continue to have little public awareness and a disgraceful lack of Government action.

Imagine if the toll of road deaths rose three-fold to 1200 p.a., there would be massive public TV education, enforcement, engineering and vehicle safety response, and yet in the case of bowel cancer, virtually nothing ……!

The point of both these issues is that they lead to delay in diagnosis which is costing many lives.

If you have to have cancer then bowel cancer is the one to go for. Provided it is discovered early, it can be treated surgically with very good survival rates. Left too long, it usually spreads to liver and lungs and treatment options can narrow quickly leading to palliative care only.

In my case I turned 67 at the time I retired and was happily setting up a small part time financial advisory service. I had presented my tail end to my GP for some haemorrhoid treatment, and on next visit in June 16, I mentioned I was still seeing some pink spotting intermittently. My GP emphasised that was not to be ignored, referred me and fortunately I scraped in to qualify for at Christchurch hospital for a colonoscopy in Aug 16. On that fateful day I was the patient wheeled into the corner and the curtains pulled to have the news broken to me and my wife that I had bowel cancer.

I was shocked because apart from the occasional show of pink on the paper I had no symptoms otherwise, but after a raft of consultations, exams, X-rays, CTs, and MRIs I was pronounced to have Stage 4 mid-rectal cancer, also in the lymph nodes but fortunately with no evidence of spread to other organs.

The treatment would take a year I was told, and naturally I was impatient to get started. From referral to the start of radiation took 59 days.

Thanks to Cancer Society brochures, Google and the CDHB education sessions we were learning fast. We discovered the Bowel Cancer NZ website, and attached to that the closed Facebook group Bowel Cancer NZ Patient and Family Support Group. That has over 450 members, all in different stages of bowel cancer treatment, and there is a constant discussion and excellent support for each other as patients journey through their cancer experience throughout NZ. There is no-one better able to answer many questions that patients have than those who have been through the experience themselves.

A multi disciplinary team met to set my treatment path in what is a well-oiled machine at the CDHB established to deal with all the cases in Canterbury, over 300 p.a. I have nothing but praise for the professionalism and patience of the many surgical, oncology medical, radiological and nursing staff I met on the journey. Many of them are frustrated by the late presentation of the many cases they deal with.

The short version of treatment for me;

We were told it could be tough, and it was. All of the processes are an assault on the body which you endure and seek to triumph over to regain your life. My wife was my rock, and my friends and Church gave me great support. My children had always teased me that I was a Pollyanna, but the year’s journey challenged even the strongest positivity.

So why do people get Bowel Cancer? The evidence, some of which I was guilty of, points to;

There are many studies and a strong body of evidence that a new diet will help to avoid a recurrence;

No longer do I enjoy;

Rather, diet now is based on chicken, fish, eggs, and cheese for protein, and lots of cereal based foods and vegetables. We are thriving on it and recent blood tests are proof.

How did I miss it? No symptoms, and even though I had worked on the fringes of the medical fraternity and was aware of the screening trials, I had no inkling. Had I been screened earlier it is likely that occult faecal haemoglobin would have been picked up, an earlier diagnosis would have meant a much simpler and cheaper treatment process and better survival prospects than I have now.

And the future? A long and happy retirement I hope and pray, enjoying life and family.