Bowel cancer – also known as colorectal or colon cancer, affects the colon (large bowel) and rectum (back passage). Read on to learn more.

Colon and rectal: what’s the difference?

Both colon and rectal cancer affect the large intestine, which is the lowest part of the digestive system. Colon cancer can start anywhere in the colon, which is about 1.5 metres and absorbs water from stool.

Rectal cancer starts in the rectum, which is the last 12 centimetres (nearly 5 inches) of the colon. Colon cancer and rectal cancer are often grouped together because they have many features in common.

Cell growth and division is a normal process in our bodies. When cells grow old, or become damaged, they die and new cells take their place. Cancer can develop when this process breaks down.

‘Cancer’ is the term given to a group of related diseases where the body’s cells begin to replicate without stopping.

Abnormal cells grow and replicate, old cells survive when they should die and new cells grow where they are not needed.

These cells divide without stopping and may form growths known as tumours. Many cancers form solid tumours but some do not, such as leukaemia, a cancer of the blood.

Cancerous tumours are malignant and can spread to surrounding tissues. As the tumours grow, cells can break away and travel throughout the body via the lymphatic system or the blood and form new tumours, far from the original or ‘primary’ tumour site. This is known as metastases or ‘advanced’ cancer.

Most bowel cancers start as benign growths on the wall of the bowel. These growths are called polyps and most do not produce symptoms.

Polyps are like small spots or ‘cherries on stalks’. They become more common as we get older and most are not pre-cancerous.

One type of polyp called an adenoma can become cancerous (malignant). If undetected, the cells of the polyp will multiply to form a tumour in the bowel.

If untreated, the tumour can grow into the wall of the bowel or back passage. Once in the wall, cancer cells can travel to other parts of the body through the bloodstream or the lymphatic system. The most common places for bowel cancer cells to spread are the liver and the lungs. The spread of the cells in this way is called metastasis.

Early detection and treatment offers the best chance of cure. 90% of bowel cancers are curable if caught early so it is important to know the signs and symptoms of bowel cancer. 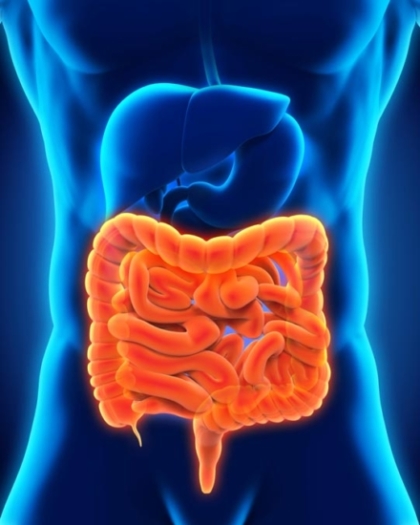