Also known as hereditary non-polyposis colorectal cancer (HNPCC), is a genetic condition that runs in families and is the most common familial bowel cancer syndrome.

Most bowel cancers occur after the age of 50, but in people with Lynch syndrome, bowel cancer may develop at a younger age.

We all have DNA in our cells that provides a ‘blueprint’ for normal cell function. Lynch syndrome is due to a mistake with the “spellchecking” of DNA, which results in errors. Normally, when cells grow and divide, minor mistakes occur, and the repair genes can recognise and fix them. People with Lynch syndrome lack the ability to repair mistakes, and as they accumulate, this can lead to cancer developing, particularly of the bowel but also endometrial and ovarian cancers. 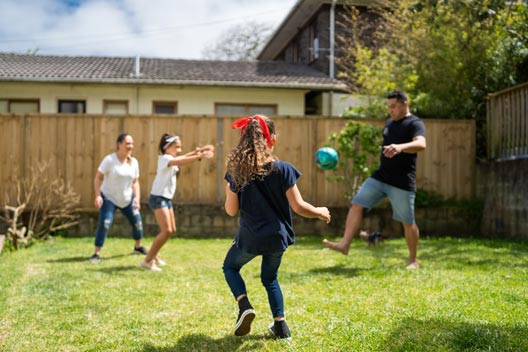 How does Lynch syndrome affect a person’s chances of getting cancer?

Not everybody with Lynch syndrome develops cancer – but there is a heightened risk. The most common risk is a higher chance of developing cancer in the linings of the bowel or uterus.

Women with the syndrome have a 31% chance of developing bowel cancer, a 33% chance of uterine (endometrial) cancer, a 9% chance of ovarian cancer and a 7% risk of stomach cancer.

How do you know if you have Lynch syndrome?

There are no outward signs or symptoms. Lynch syndrome can only be diagnosed with genetic testing.

If you answered yes to any of these questions, you may have Lynch syndrome. See the sections below for your next steps.

What to do if you think you might have Lynch syndrome.

Talk to your GP and ask if you should be tested for Lynch syndrome. Because Lynch syndrome has no symptoms or outward signs, your doctor will first want to find out about any cases of bowel cancer or other cancers in your family.

You may then be referred to the New Zealand Familial Gastrointestinal Cancer Service. This is a government-funded organisation specialising in bowel and other gastrointestinal cancers that are known to run in families. They can help clarify you and your family’s level of risk for developing bowel cancer. They also facilitate genetic testing and help coordinate bowel screening if necessary.

Once Lynch syndrome is confirmed you may also be referred to the  Genetic Health Service NZ, which provides help with genetic testing and can arrange a session with a genetic counsellor for expert advice.

There is some evidence that taking aspirin regularly may reduce your chances of bowel cancer. If you have Lynch syndrome you can discuss this with your GP or cancer specialist, and weigh up the potential benefits against the possible side effects of aspirin taken regularly.

How can genetic testing help?

A simple blood test will show whether you carry the gene for Lynch syndrome.

It may be good idea to test all the members of your immediate family to see if any of you have the gene. For children, the test is usually carried out at 18 years of age. All those tested should be offered genetic counselling so they can understand the possible results and the decisions they may face.

Just knowing you have Lynch syndrome is the first step in reducing your risk. You’ll be identified as someone with a heightened chance of developing cancer, and you should be offered regular screenings at a younger age. This will enhance the ability to spot pre-cancerous changes before they become dangerous.

The importance of bowel screening.

Colonoscopy aims to find and remove precancerous growths (polyps) from the bowel before they develop into cancer.

For people with Lynch syndrome, regular bowel screenings by colonoscopy are recommended every two years from the age of 25, or at least five years earlier than the age at which their youngest relative was diagnosed.

If you or your family members carry the Lynch syndrome gene, the New Zealand Familial Gastrointestinal Cancer Service may offer to coordinate ongoing bowel screening. This can minimise the chances of cancer being missed, and take a weight off your mind.

Prevention is always better than cure! Find out more about bowel screening here.

Lynch syndrome is linked to a significantly greater risk of uterine and ovarian cancers. Women with the syndrome should discuss this with their doctors.

If your family is complete, you might consider a prophylactic hysterectomy and/or removal of the ovaries and fallopian tubes (total removal of the womb). This is also an option if you are scheduled for other abdominal surgery.

More information and support for those with Lynch Syndrome.

For those with Lynch syndrome, there’s a Facebook group where people with the condition can connect and communicate. This group is private so you’ll have to ask to join it. Find out more here.

Medical research is ongoing. If you would like more detailed information on the science behind Lynch syndrome, The New Zealand Medical Journal has collated a number of studies. Learn more here.