Advanced bowel cancer is cancer of the colon or rectum that has spread to other parts of the body. You may also hear this referred to as secondary or metastatic cancer. Read on for more information about treatment options.

If bowel cancer spreads to another part of the body, it is called metastatic or secondary (advanced), bowel cancer.

If the cancer in the bowel is not detected at an early stage, and removed and treated, cells can break off from that ‘primary’ tumour, enter the bloodstream or lymphatic system, and spread the bowel cancer to nearby lymph nodes or other parts of the body. A separate tumour may form in another part of the body.

A ’local spread’ is when the cancer has grown through the bowel wall and spread into surrounding tissues in the abdomen and pelvis. The cancer is known as ‘metastatic’ or ‘secondary’ (advanced) if it has spread to another part of the body. Spread to the lymph nodes is the most common.

The liver is the next most common site for bowel cancers to spread because the blood supply to the bowel (through the portal vein that carries blood from the intestines and spleen to the liver) passes through the liver as it returns to the heart. The lungs are also a common site of metastases because of a high blood flow that can carry cancerous cells from the bowel. 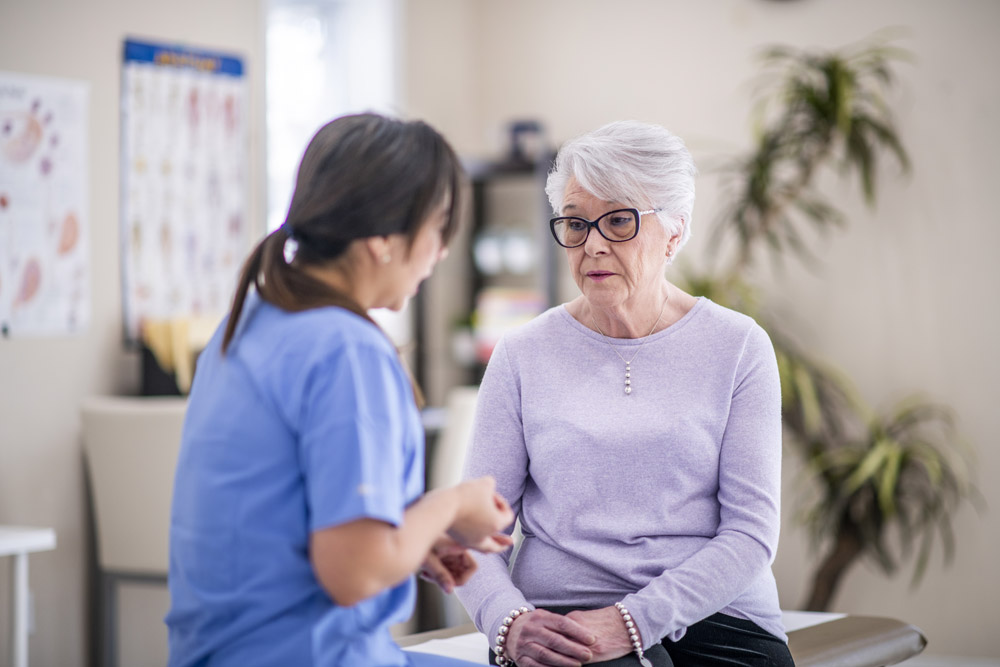 Metastatic tumours (metastases) growing in other parts of the body, such as the liver and lungs, are made up of cancerous cells from the bowel. Therefore, treatments used for bowel metastases are specific to patients with bowel cancer and different to those used to treat lung and liver cancer. The treatment you will receive depends on where the cancer started and will act against bowel cancer cells, and not, for example, liver cells.

Bowel cancer may already be metastatic at the time of diagnosis, or metastases may appear after early stage bowel cancer is detected and treated if all cancerous cells were not removed during surgery or destroyed by chemotherapy.

The choice of treatment for metastatic (advanced) bowel and rectal cancer depends on a number of factors including,

Treatments for metastatic bowel and rectal cancer are considered palliative, as it is unlikely the cancer can be cured at this advanced stage. Treatment can extend life by limiting the growth of tumours, and enhance quality of life by controlling symptoms.

Treatments for metastatic cancers involve two main types of therapy: chemotherapy and targeted therapies. More information about these medicines, and their availability in New Zealand (are they funded, non-funded, or available with a co-share payment) can be found here.

Chemotherapy drugs are used in the treatment of metastatic cancer and may be combined with ‘targeted’ therapies (also known as ‘immunotherapy’), medicines designed to selectively target cancer cells and the mechanisms that encourage their growth. A biopsy of the tumour or metastases may be needed to help your oncologist select the best targeted therapy for you.

Some of these treatments may be taken as pills at home; others may require you to attend a clinic or hospital where the therapy is administered intravenously.

These treatments do have side effects and some can be difficult to manage. The type and severity of these side effects can depend on the treatment chosen by you and your oncologist. There are a number of treatment options available for metastatic bowel cancer patients so if you do not respond to one or cannot tolerate the side effects, an alternative treatment may be available.

How do you know if the therapies are working?

You will have a computed tomography (CT) scan prior to commencing treatment with the therapies mentioned above. The CT enables your oncologist to see the location of metastatic tumours and their size.

Another CT is recommended at approximately three months after commencement of treatment to assess your response to the drugs. Any changes in tumour size can indicate how well the treatment is working.

Surgery can be used in some cases to treat metastatic bowel cancer. The aim is to remove the primary tumour in the bowel, and remove or control metastases or local recurrence.

The primary tumour may be removed if it is likely to block the bowel, or grow outside of the bowel into other organs. The primary tumour can often be managed without surgery by inserting a stent to keep the lumen (interior space) of the bowel open, or it may respond well to chemotherapy, eliminating the need for operative treatment.

It may be possible to remove metastases in other organs, particularly the liver, but this depends on a number of factors such as the size and location of the metastatic tumours and their presence in other organs. In some cases, medical treatments may shrink tumours to the point where patients previously ineligible for surgery may then qualify.

Surgery for a blocked bowel

Sometimes bowel cancer can grow to the point where it completely blocks the bowel and waste material cannot pass. This is called a bowel obstruction and can cause a number of symptoms, such as:

To relieve the symptoms of a blocked bowel, the primary tumour may be surgically removed, or bypassed. If it is not possible to completely repair the bowel following surgery, a colostomy may be needed.

A colostomy is a surgical procedure that creates an opening in the abdomen to bring a piece of the colon (large intestine) outside the abdominal wall to form a stoma (an opening in the skin) through which digested food can pass into an external pouch.

Alternatively, it is sometimes possible to unblock the bowel by inserting a stent. A stent is a wire mesh that holds the bowel open and allows the contents of your bowels to pass unimpeded. This can be performed by passing a collapsed stent into the bowel during a colonoscopy and expanding it once the stent reaches its desired location.