Home > About Us > Ambassadors > Nigel Latta 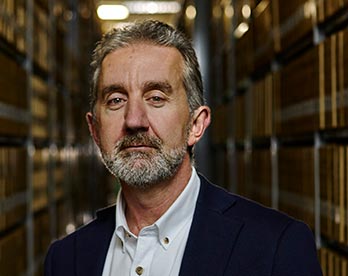 Nigel Latta, psychologist, author and TV host, lost his father to bowel cancer 12 years ago. “My Dad was a builder, so he was very physical, but he didn’t have the best of diets. And the trouble is that blokes tend to wait ages to get checks when stuff goes wrong. He finally got his symptoms checked out, but by then, things were looking pretty grim.”

“The thing is, once you’ve lost someone to cancer, it all becomes more real,” says Nigel. “You can’t just pretend it doesn’t exist. It’s important to have those basic physical checks regularly, including bowel cancer checks. Science has created this stuff, so why not make the most of it?”

If you do get symptoms of bowel cancer, don’t muck around – go and get a freakin’ check. When I think about all the stuff that my Dad’s missed out on – if only he’d had his symptoms checked sooner. Being alive is kind of okay – I’d like to do it for a while longer.”