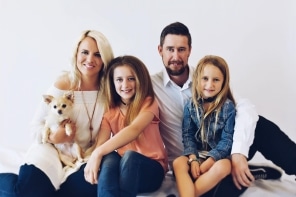 Nothing could prepare me for the journey that I’ve taken over the last 18 months. A fit, healthy and active person, I never had sick days and never went to the doctor. As the saying goes, you never think it will happen to you, and another saying that has stuck with me is ‘at least you have your health’. Once you have your health taken from you, you realise it’s importance.

We were on a high, about to move into our house after my partner got a new job in a different town. I was about to undergo a career change and had already handed in my notice to a farm where I had worked for the last 10 years. Months (years?) earlier I had some bleeding when I went to the toilet which I thought must be haemorrhoids. Then all of a sudden, I got very tired. I kept falling asleep which I initially put down to being tired from work. Then in a matter of weeks, I began having stomach cramps, which were painful and this lasted for a few days. I went to the doctor who said it was most likely a stomach bug. I asked if I had cancer, mentioning the bleeding months earlier. The doctor told me I was ‘too young to get cancer’, so feeling relieved, I carried on. A few days later I stopped eating, and then couldn’t use the toilet.

I drove home one night after work and collapsed to the ground. We were going to go to the after hours doctor but I thought I would wait til the morning. That morning when I couldn’t get out of bed, I finally relented. After some tests at A & E, they determined that I had diverticulitis and an abscess. We were so relieved! Again (jokingly) discussing how we had dodged cancer and were worried about nothing. I stayed in hospital, and the doctors decided they would do a colonoscopy just to be sure.

The next day (May 2017) a doctor came into the room to tell me I had cancer. I called my partner and told her to come into the hospital after work. We went for a walk, for some privacy (yeah right), and I broke down as I told her the news. I was booked in for urgent surgery, and I was told that I would most likely need a stoma bag. This was worse for me at the time then finding out about the cancer. It was so overwhelming. On top of everything, I felt the financial pressure as we weren’t entitled to any help and had a new mortgage to pay. They had graded my cancer as stage 2b. It was blocking my lower colon, and although it hadn’t spread, there were no guarantees. Not wanting to take any chances, we agreed to 16 rounds of chemotherapy. It was the worst! I had a tube in my arm that went to my heart, and after chemo, I would be on the couch for a week, only moving to vomit. Chemo has left me with permanent neuropathy. After some blood tests, I was informed that I have Lynch Syndrome PMS2. This means that I am prone to getting colon cancer and bladder cancer. I later found out that with Lynch Syndrome, the chemotherapy that I had probably didn’t benefit me at all which was devastating.

That Summer I was out of hospital with blood clots in my lungs. Then a second colonoscopy a year on from the first (May 2018) found another tumour further up, and as I have Lynch, they advised me to get a full colectomy (remove my whole colon). This surgery (June 2018) left me with an ileostomy, after some complications. I was worried that it would never be reversed, but in September 2018, I had a full reversal, where my small intestine now does the work that my large colon used to do, albeit not as efficiently.

Now I am positive about the future, ready to get back into the workforce and leave this whole saga behind me. I am feeling more like my normal self and I think this experience has made me a stronger person. I am very grateful for the support that we have had from our family and friends who made things a whole lot easier to cope with.

A big thank you to all who have helped us, and to the nurses in ward 17. 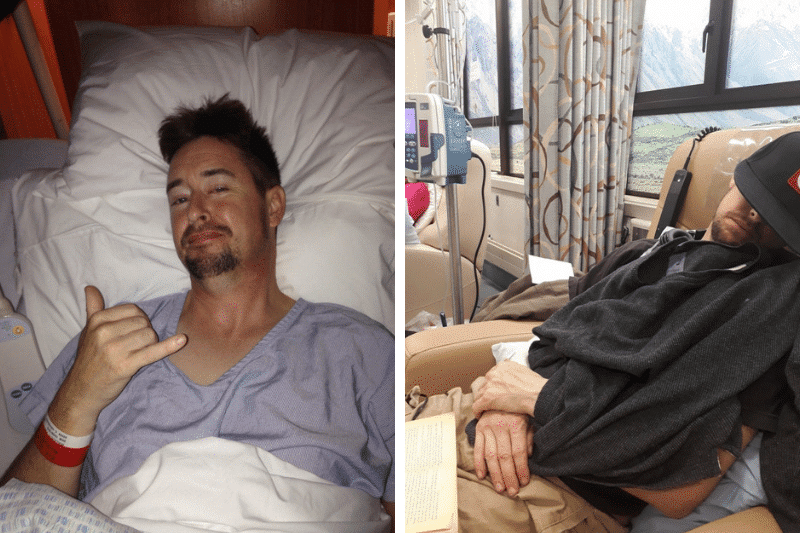