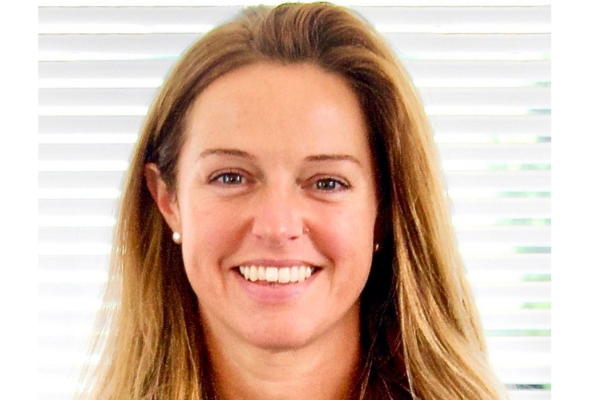 I was training for the London Marathon. Running each day seemed to get a little bit more difficult and I would get breathless occasionally at work doing very little. Being a healthcare worker meant I had the stubborn mentality of soldiering on and I thought nothing of the mild symptoms I had.

I was 24, how could there possibly be anything seriously wrong? It was, in fact, my colleagues that pushed me to call my GP one day noticing I was a bit ‘off’.

After quite a few weeks and a few incorrect diagnoses, trying to understand my severely low Hb levels, I had a colonoscopy and that is when the tumour was found. The bleeding into my abdominal cavity instead of into the bowel itself meant the classic sign of blood in the stools was not something I had experienced.

I was advised, due to the genetic issue and my age, to have a proctocolectomy and total hysterectomy with bilateral salpingo-oophorectomy. However, there was such little statistical information for what the future held given my age, that I was given the choice with how to proceed. At that age, it was a really tough decision to be faced with. I ended up choosing to simply have a hemi-colectomy and am under continued surveillance for other organs. The only healthcare professional who praised my choice was the geneticist, who said that ‘we don’t know what the future holds for potential treatment and once gone, you couldn’t put organs back’.

Like many others who’ve experienced bowel cancer, there’s far more to the story than the facts. The emotional rollercoaster and the ‘waiting’ that always seems the hardest part is sometimes difficult to explain. I think the hardest part for me though was seeing my parents hurt… feeling so helpless in the process. I truly hope anyone that visits this site will seek support and if you are wondering whether to get that ‘little symptom’ checked or not – go to your GP!