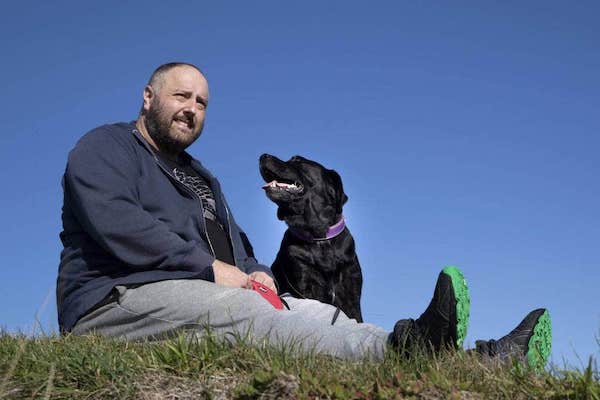 “It is what it is” was Rob’s mantra after he was diagnosed with bowel cancer at just 45 years old.

The father of three, had to have a tumour cut out of his bowel and part of his colon removed in a hemicolectomy after he was diagnosed with stage 2 bowel cancer in November 2019.

Rob had been experiencing extreme abdominal pain and cramps from August 2019. But, despite trips to the emergency department from the pain, his GP said he wouldn’t be accepted for a colonoscopy referral because he was too young and didn’t have other symptoms.

Rob was able to use his private health insurance. “If I didn’t have the private cover, I don’t know where I would’ve been,” he said.

Despite the surgery to remove the tumour, he is not quite out of the woods yet. Rob had to have an ileostomy, where his small intestine is diverted through an opening in the stomach, after the join from where his tumour was removed became infected.

The procedure will be reversed he said but his experience has been hard for his wife and three children.

Rob is grateful to have been treated. “I have become circumspect about the whole thing. I just think it is what it is and I just have to deal with it. I had tubes coming out of practically every orifice. A lot of it was quite unpleasant but I knew I just had to do it because the alternative was far worse.

“I am thankful I didn’t have to wait too long to find out I would be OK,” he said.