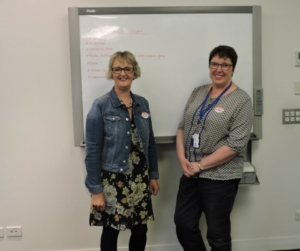 Bowel cancer survivorship is not just a physical, but also a mental process. Not only is surviving important, but so is surviving well. It is possible that psychological interventions could improve the quality of life of people who have had bowel cancer.

A research team including the Medical Advisor of Bowel Cancer New Zealand Professor Frank Frizelle is investigating the potential benefits of two group psychological interventions in people who have recently received surgery for bowel cancer. One group is receiving psychoeducation which is a mixture of psychological intervention and education about bowel cancer while the other group is receiving a mindfulness intervention which focuses on meditation and “focusing on the present moment.” The sessions are for 2 hours and last for 4 weeks.

It is uncertain which group will be more effective at reducing psychological distress (which is the main outcome for the study) but it is expected that both interventions will be of at least some benefit to most people. The first groups have  been completed in July 2017 and anecdotally there has been positive feedback about the interventions. The group settings wherein people who have had surgery for bowel cancer meet others in the same situation is in itself beneficial.

The groups will continue on for the rest of this year and beyond.