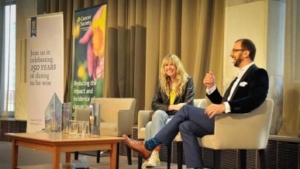 Oncologist and Cancer Society medical director Chris Jackson told the Weekend Herald thousands of New Zealanders were dying every year from cancer, the numbers were set to keep rising and it appeared the Government didn’t have a full plan to tackle the health issue.

Researchers and medical practitioners stressed regional and ethnicity inequalities were prevalent among all cancers and were “not acceptable but more importantly were preventable”.

Jackson said a national body – Government-funded but operating independently – to hold DHBs to account and help improve those disparities was crucial to bringing down New Zealand’s alarming cancer death rates.

Pre-election, Labour promised $10 million to establish the agency and a further $10m to get work under way. The spending would be part of the $8 billion Labour is promising to invest in health over four years.

Prior to being replaced in mid-2017 as Labour leader, Andrew Little – who is a cancer survivor – stated: “What really worries me is that cancer care can be a ‘postcode’ lottery”.

Health Minister David Clark told the Weekend Herald it had been made clear to both him and Ministry of Health officials that “we have the opportunity to improve cancer care and outcomes for New Zealanders with stronger central governance and leadership”.

“The form that governance should take is under active consideration at the moment. I expect to make an announcement on this in due course,” Clark said.

Ian Bissett, a professor at the University of Auckland and consultant surgeon at Auckland City Hospital, spoke at the conference about the inequalities in bowel cancer surgery – findings of the National Bowel Cancer Working Group study of which he has been a part of since first established in 2013.

The number of people presenting to emergency departments with undiagnosed bowel cancer varied between each DHB from 15 to 35 per cent, Bissett said.

He said patients diagnosed at ED would often have a later stage of cancer, some requiring emergency surgery which meant a higher chance of death.

If symptoms – such as blood in the bowel, abdominal pain and a lump in the stomach – were picked up earlier then emergency presentations would drop, Bissett said.

The full report of this study will be released in two weeks.

Bisset said improvement may come from getting patients better access to intensive care or bettering the quality of surgery to increase long-term survival rates.

Jackson – who was heading the conference with professor of public health at University of Otago Wellington Diana Sarfati – said New Zealand lacked leadership in the area, adding there was no umbrella group to provide governance to cancer control.

“Governance will help pull the disparate threads together and create high-quality mechanisms to prioritisation of investment,” Jackson said.