Cooper’s Beach man lucky to have tumours spotted by GP 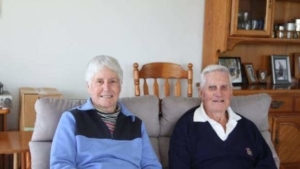 Bob is counting himself one lucky man.

The 79-year-old Cooper’s Beach resident was at home last week recovering from a second bout of surgery to remove a tumour that was well on its way to becoming bowel cancer, but he knew it could have been much worse.

“Everything was working normally. I was just feeling off-colour”. “I didn’t have any drastic symptoms, so it’s important to tell your GP everything that’s going on as soon as possible,” he said.

There was no family history of cancer, but now he would undergo regular colonoscopies, as would his children.