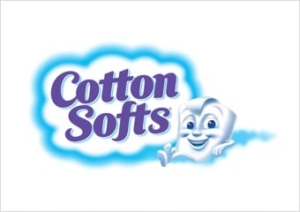 CottonSofts are continuing their support for Bowel Cancer New Zealand, with a limited edition pack to help raise funds to reduce the impact of New Zealand’s most common cancer. From early May consumers can help to raise $20,000 for BCNZ by buying one of the 100,000 specially marked packs that will automatically donate $0.20 cents.

CottonSofts has been a proud primary sponsor of BCNZ since 2013 and have provided support beyond the significant funds donated. The two “I Give a Crap” campaigns, and now the “Show you Care” packs in-stores nationwide, raise funds and awareness for Bowel Cancer Awareness month in June.

Cottonsoft Ltd Country Manager, Kim Calvert, says, “75% of cases are curable if diagnosed early, symptoms of poor bowel health include bleeding or a change in bowel habits. BCNZ is a logical partnership for our company and aligns well with the CottonSofts brand. We are passionate about educating New Zealanders and raising money to fight New Zealand’s most common cancer. Adding to this, having a personal connection to the disease makes it closer to home. With a family history on both sides, bowel cancer has affected my life significantly.”

BCNZ Executive Officer Rebekah Heal says, “As a non-government charitable organisation, we rely on the pure generosity of the community to continue our work. The contribution CottonSofts has made over the past three years has been a huge help for our charity in its efforts to increase the rate of bowel cancer survivors.”

The facts about bowel cancer are sobering. Every year more than 3,000 New Zealanders are diagnosed with bowel cancer and over 100 Kiwis lose their lives to this disease each month.

BCNZ and CottonSofts hope to increase the survival rate by educating the general public and health professionals on the symptoms. BCNZ are also campaigning for a national screening service.

To show you care, you can buy a specially marked CottonSofts pack in supermarkets across New Zealand or donate to bowelcancernz.org.nz #showyoucare