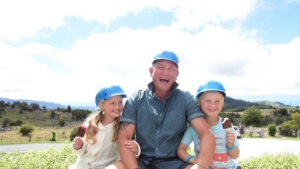 Immunotherapy drugs like Keytruda could well be the future of cancer treatment.

Father-of-four Jack Davis is one of of the patient’s taking Keytruda. He has beaten cancer twice before but this time it wasn’t looking good. Doctors told the 49-year-old Christchurch man he had terminal bowel cancer and had two to six months to live – that was in May.

Just over six months later, the tumours in his small intestine neck, stomach wall, lymph nodes of the neck and stomach nodes have all halved in size thanks to Keytruda.

“There’s more hope for people diagnosed with cancer than ever before.”